Future of AI: What Does it Have in Store for Us? 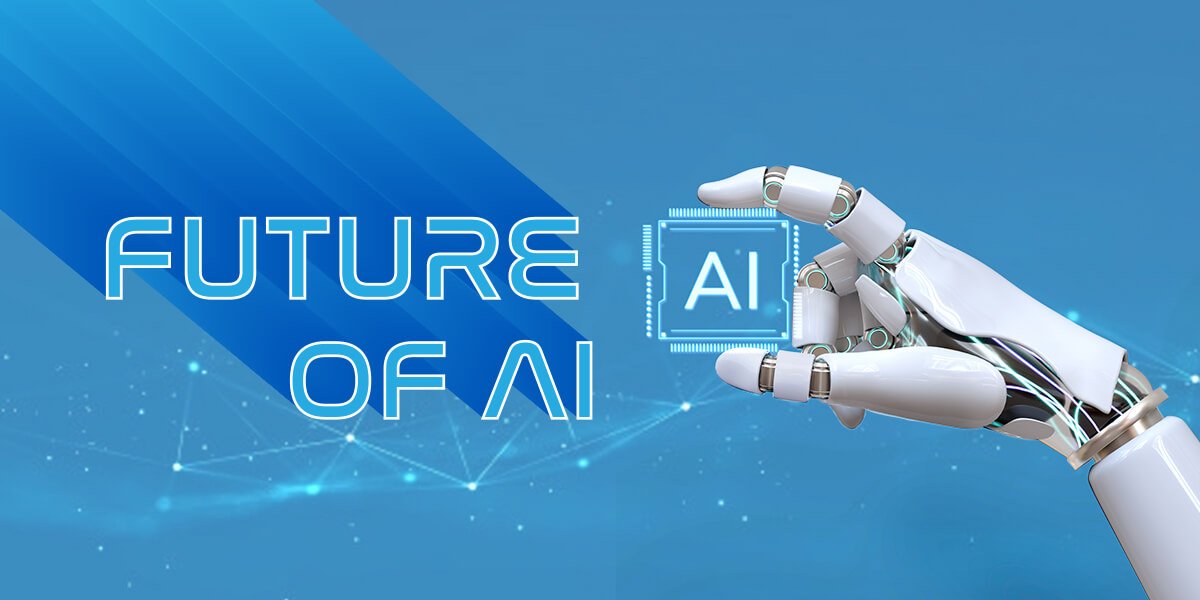 The world has witnessed four major revolutions. These are:

Beginning of the AI revolution – How did it all start?

AI in education, AI in healthcare, AI in finance, AI in manufacturing, AI in medicine – Artificial technology is everywhere. Many people are under the misbelief that artificial intelligence is a modern and recent concept. However, this is not true.

Artificial intelligence was known to scientists, programmers, and theorists since as early as the 1950s. This was a time when there were several AI inventions by scientists and researchers.

Here is a timeline that clearly indicates the AI revolution and evolution.

Claude Shannon, known as the Father of Information Theory published an article titled ‘Programming a Computer for Playing Chess’. This was the first article where a chess-playing computer program was discussed.

Ultimately, an industrial robot was created by George Devol. This robot became the first to work on the General Motors assembly line in New Jersey.

Eliza, a natural language processing computer program and the first chatbot was developed by Joseph Weizenbaum, an MIT professor. Eliza engaged in conversations with human beings.

The first anthropomorphic robot named ‘WABOT-1’ was created at the Waseda University in Japan. This robot could see, converse, and had movable limbs as well.

Deep Blue, IBM’s chess playing computer emerged as the first system to win a chess match against a world champion.

The robot ‘Kismet’ was developed by professor Cynthia Breazeal from MIT. This robot could detect and stimulate emotions through its face.

Roomba, an autonomous robot vacuum cleaner, was released by i-Robot.

Siri, a voice controlled personal assistant was released by Apple for their users.

Sophia, the humanoid robot was developed by Hanson Robotics. She is the first robot citizen with human-like features.

What is the future of AI going to be like?

In the last decade, AI inventions have completely changed the world that we live in. Voice recognition which was merely a concept is now being used by everyone in day-to-day life all thanks to the AI revolution.

AI innovation has several novel things in store for personal life and businesses as well. The day is not far away when advanced AI will create an impact on every aspect of our lives.

The use of AI powered FinTech solutions will completely transform personal finance to make financial services accessible to everyone and not just the rich.

Training for sports and games

The future of AI is bright. The time is not very far when advanced AI will take over various sectors and completely control it with minimal or no human intervention.