Artificial Intelligence and Music: Here’s What you Should Know 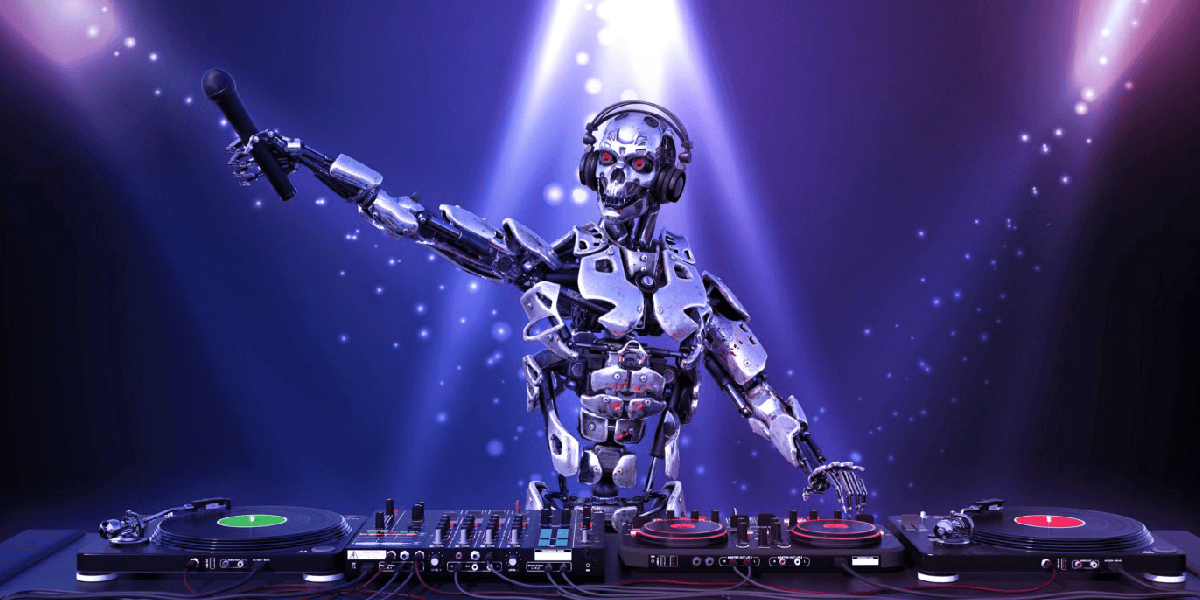 What is it that comes to your mind when you think of music and AI together?

Well, everyone’s aware of how technology has changed the way humans shop, interact, work, and commute. And it is no secret that it will also change how humans choose to compose music in the future.

In this article, we bring before you two aspects of AI in music 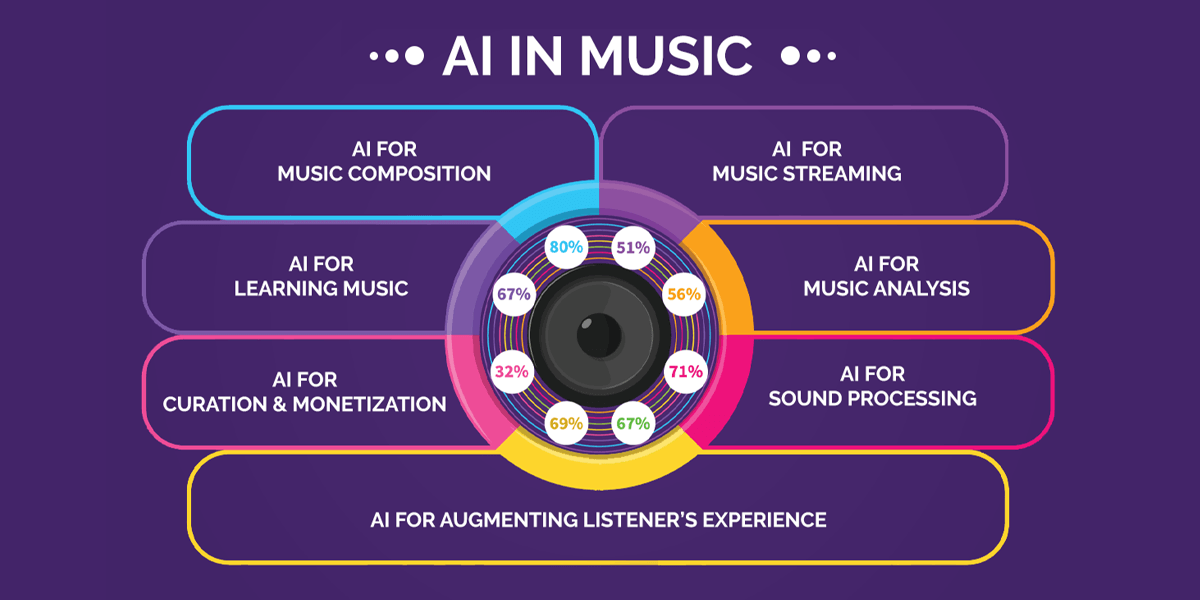 Music lovers have evolved over the years, from listening to music on records, radio, and walkmans to having our own playlists on our computers. And in recent years, you have even been able to stream it online.

Some of these popular music apps – Spotify, Amazon Music, YouTube, Apple Music – are ones a lot many people have tried at some point in time.

What’s the one thing that these apps strive to achieve? Yes, aiming to satisfy the users by giving them the best experience. And this is achieved by using machine learning technology or, simply put, AI in music.

Once a user registers on a music streaming platform, they are asked a few questions about their interests and preferences. Accordingly, a playlist is formed at the backend from the wide selection of songs available on the app and offered to the user. As the user keeps using the application, the app picks up the users’ choices, preferences, and accordingly features songs and playlists on their feed.

This is something we have already seen happening.

What people can now look forward to is that, with the help of AI in music, these apps enable their systems to create an algorithm that picks up data points, like the mood of their users through any wearable device, and act on that information.

For instance, a smartwatch strapped to a person will be able to identify if said person has a high heart rate on a given day, which could spell anxiety or stress. Taking this into consideration, their music app can pick up information about their abnormal heart rate and accordingly curate a playlist with some soothing music or play their saved songs/playlists in acoustic versions or softer tones.

Well, the time is not far when this becomes a reality.

If you have given AI in music a thought, you would surely have heard of, or come across, the following terms – Flow Machine, Google Magenta’s NSynth Super, JukeDeck. 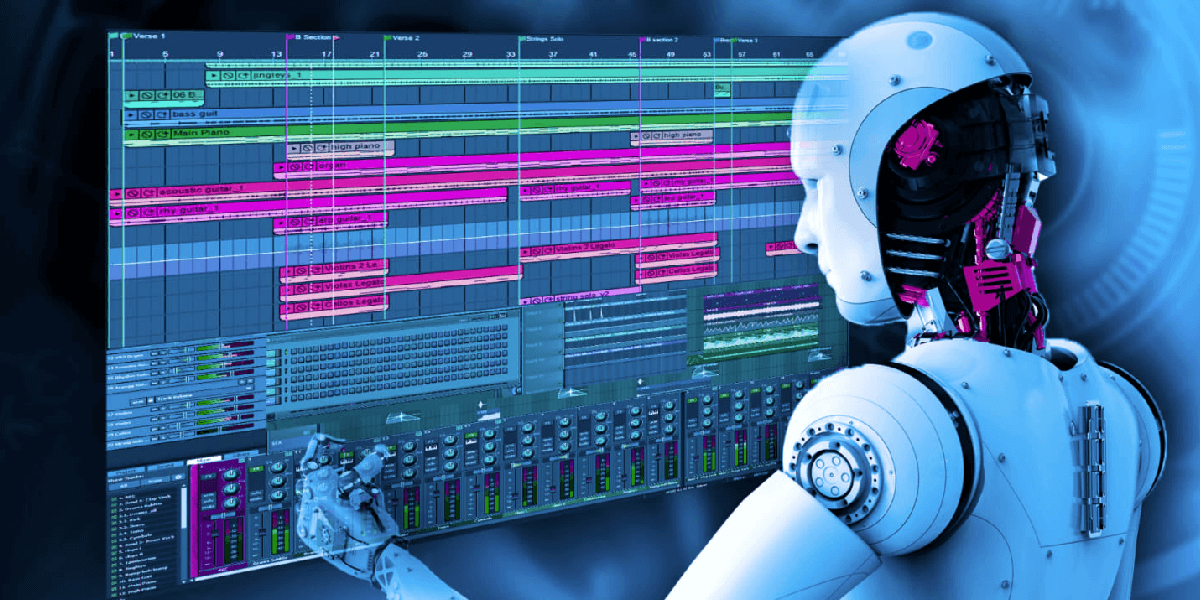 What are these, you ask? These are some of the applications that help you compose your own music. Certainly a greater leap than just compiling a playlist.

Now, how do these applications work? The answer to this question is very simple. How does any AI work? By analyzing large amounts of data, of course! You feed the software with relevant source materials and the software finds patterns and picks up on beats, the tempo, the melody, and the notes.

As mentioned, AI works by analyzing large amounts of data and picking on different things, making it capable of picking up lyrics and creating a brand new song. Not only can it compose the melody but also the lyrics.

These apps are pretty capable of creating unique music. But is the curated music an award-winning one? Not quite. If you listen carefully, you’ll recognize the difference.

Music is already being created using AI. Daddy’s Car, by Sony Music, is a fine example.

So, does that mean AI is the future of music? Yes, it does!

But does this mean humans will be out of work? Thankfully, not.

As of now, AI hasn’t been able to create a smooth melody. It will take a few years for AI to create an award-winning composition and, once it reaches that stage, it can serve as a competition to human talent. In fact, there is a high possibility of AI acting as an aid to humans in creating their music rather than usurping their position as composers.  With the way music and AI have taken to each other, there is much to look forward to in the coming years. Who knows, we might even have an Alexa or Siri that not only composes for us but also sings their own compositions in the distant future.

Until then, happy exploring and happy composing!