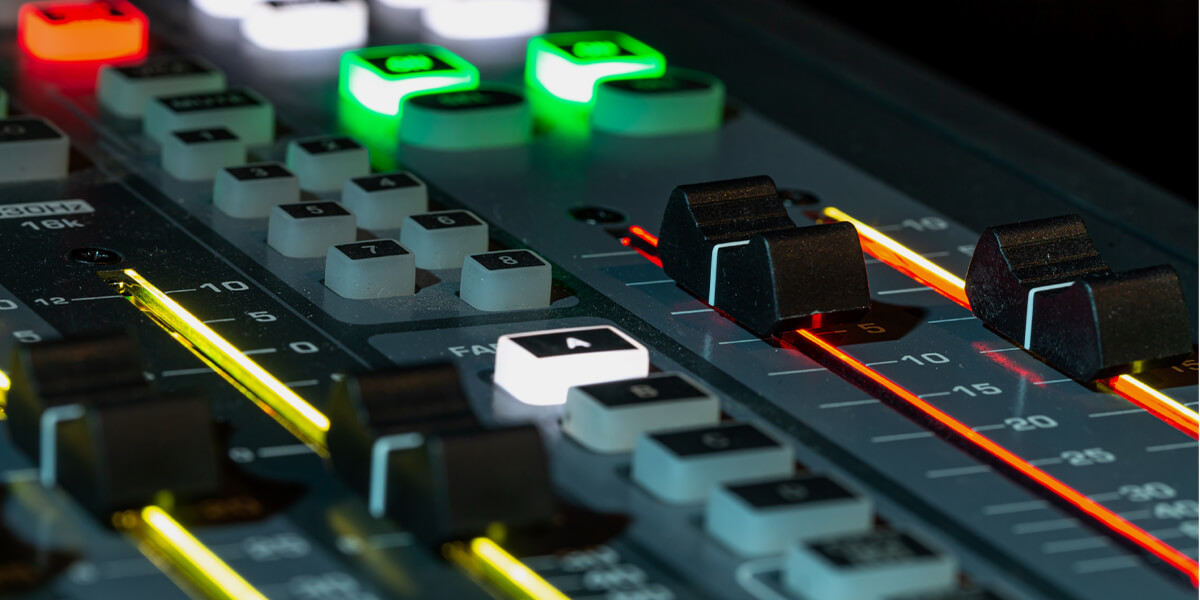 Technology shifts are taking place at a fast pace. Artificial intelligence is impacting humanity in many perspectives. AI can do tremendous things. Music is changing and so are the devices and medium. AI is becoming usually important in the music industry and the number of people using it is steadily increasing for a long time. Nowadays, some AIs create soundtracks and master people’s vocals.

In this article, we are going to give you a glimpse of how AI is shaping the music industry. Just imagine, if there would have been a model, robot, or system that could just analyze your facial expression and on the basis of that, it can detect which kind of songs do you want to hear and it would play that song. It is possible with artificial intelligence technology. But how does this all AI-generated music work? The most efficient and widely used AI systems are created using something called the neural network. To put it in simple terms, a neural network is a type of machine learning in which the computer learns to perform a task by analyzing a number of examples and finding patterns. Then, it reproduces music after recognizing a set pattern.

Following are some use cases and web browser tools showing how AI is changing the music industry:

MixLab is an experiment developed by collaborative efforts of Use All Five and Google that utilize machine learning and speech synthesis API to make music. You can give voice commands to the website and it will create interesting songs based on your intent, action, and parameters. MixLab is also accessible on Google Home as well as on all the virtual assistant platforms.

A.I. Duet is another experiment built by Yotam Mann with the support of Google’s Creative Lab and Magenta that allows you to make music using a virtual piano. This is an AI-powered music-playing piano bot that takes keyboard melodies given by you as input and produces the action response. This artificial piano player works on the concept of a neural network that is a subset of machine learning to identify rhythmic patterns from datasets and generate its own organic melodies. This allows musicians to create new experiences with the help of powerful AI software. 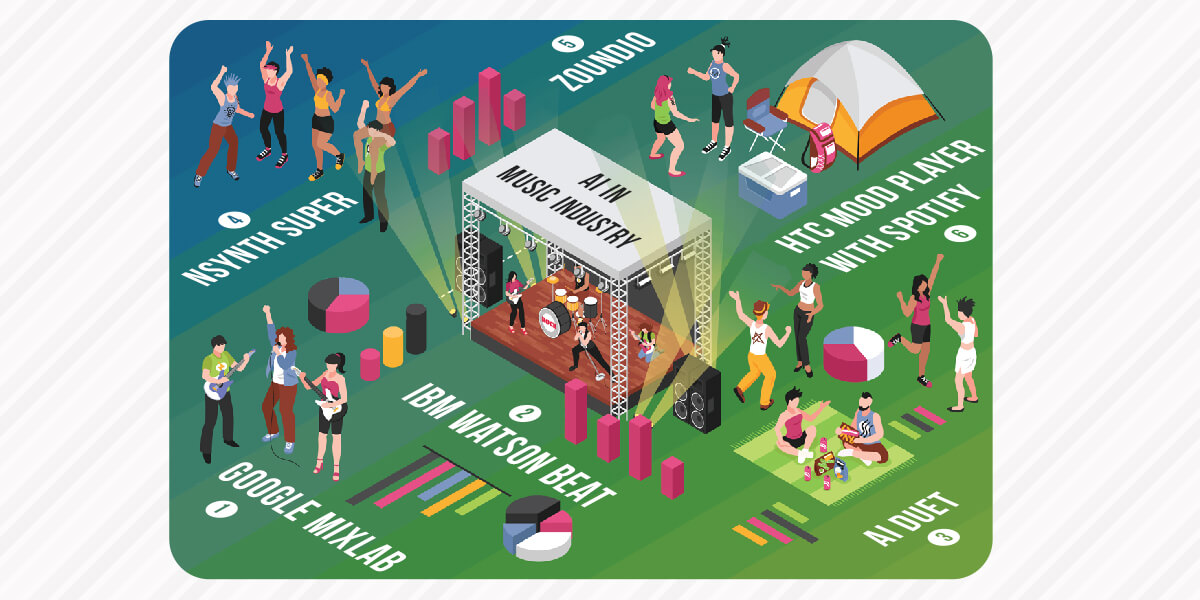 NSynth Super is an open-source experimental instrument developed by a research team at Google. It uses a machine learning algorithm that can learn the different characteristics of sounds and then produce a completely new sound on the basis of acoustic quantities of the original sound. It equips musicians with the capability to create music using new sounds. This tool provides musicians the opportunity to explore over 100,000 new sounds.

Zoundio is an AI-based music learning platform that allows users to learn to play any real instrument in an easy way. This AI-driven music engine provides optimal conditions to users for learning. The user just needs to pick an instrument and start playing as if they are experienced musicians.

IBM Watson Beat is an AI composer that uses a neural network to create a unique soundtrack. It is a self-learning agent that could generate original music on its own. It understands music theory as well as the connection of emotions with different musical elements.

HTC and Spotify have jointly developed an AI tool that can evaluate a user’s mood on the basis of a selfie and then create a music playlist that suits the user’s feelings. Researchers are also working on projects to create an AI system that could play music based on facial expressions in real-time.

The biggest potential shift in the industry is the introduction of AI that can produce music. Not to mention, artificially generated voices have been around for a long time. This means that the era of highly artificial music is not as far away as we think. AI will definitely be involved in Music production and composition in the future.