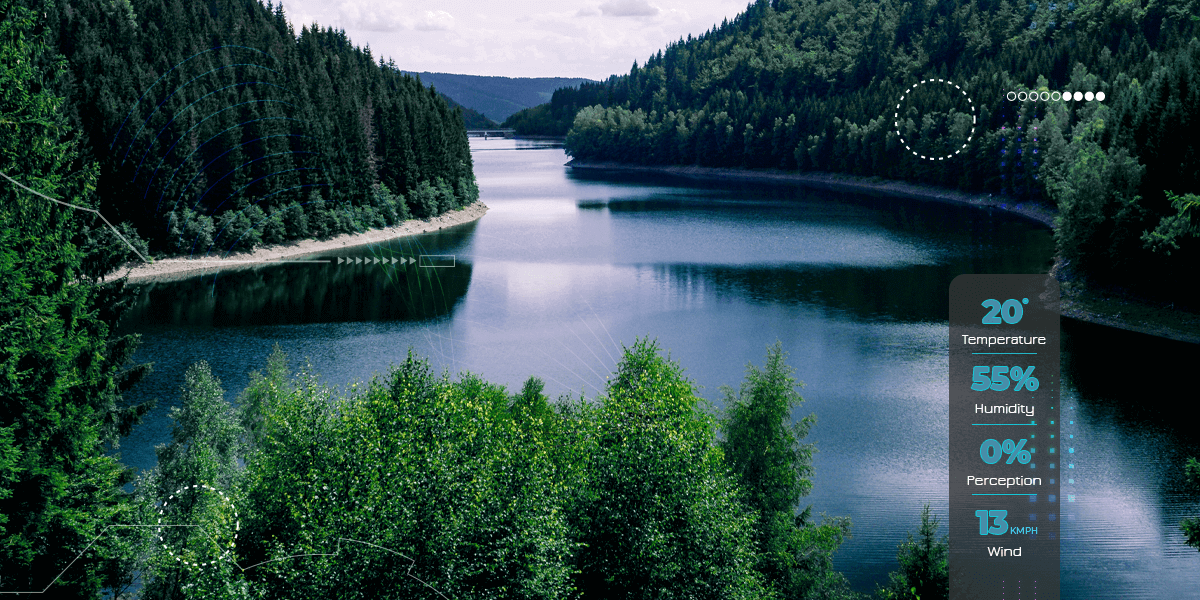 Nature and Technology have always been placed on two different sides of an imaginary line. Nature is thought of as a given, upon which humankind acts. Over centuries, many philosophers and thinkers have argued against this idea. Some have even posited that nature itself is not a given, but is a man-made category too. However, instead of arguing against the idea that man acts upon nature, in this article let us try to play along with this argument to arrive at a different conclusion.

It has been known for decades now that the natural world is under threat because of human-intervention. There are climate and environment activists and campaigns all around the world who have been advocating for a drastic change in policies as well as individual behaviors to help prevent the impending crisis. Based on the Climate Clock, which was launched in New York in September 2020, there is less than a decade before we, the global population, need to reach near zero emission levels in order to have at least a two-third chance of reducing the temperature increase from the stipulated 1.5 degrees Celsius. This clock, which very accurately tells us how long we have, how many people in the world are currently using renewable energy, and other metrics, relies on science, data, and well, a man-made machine – the clock.

This is not to say that machines of any kind do not pose as a threat to the environment, or that man-made activities have not overwhelmed the earth’s energies. In fact, it is the opposite. It is to say that man-made technology can be made to act positively on the earth too. Just like the Climate Clock, science and technology can be and, are widely being put to good use around the world. Hence, maybe it is not such a bad idea for now to pretend that the earth and nature are a given, for humankind to act on. This perspective puts the responsibility on humankind to act positively on nature, as a given entity, to protect it.

AI is used in a wide range of industries, to help make human lives easier. AI finds use across boards, from automating cars to producing better business models to optimizing production. The problem is not just about what AI can do to help with the climate crisis, but also what AI needs to stop doing. Last year, a study found that training an AI- Language Processing system generates over a thousand pounds of carbon emissions. This is just the emissions of an off-the-shelf AI. It could generate up to 75,000 pounds to train an AI from scratch. Timnit Gebru, a computer scientist, known for her AI ethics research, even published similar information in a ground-breaking paper. She was consequently let go from the company that she was working for, and spoke about, in her research paper. The question to ask is, is this use that AI is put to, really necessary, all environmental and financial costs considered? Does it really better human life, or does it worsen it? Does it create a world that we want to live in? The answer might lie in what Martin Spano, a Slovakian computer scientist says in his Ted talk – “It is nature that needs AI the most now.”

There are institutions, organizations and companies that have identified this purpose that AI can be put to use for. A lot of them are working towards bridging this gap. The Montreal Institute for Learning Algorithms (MILA), for example, in collaboration with Microsoft and Conscient AI Labs, have used a type of AI (GANs) and have created a simulation of homes as impacted by the impending climate crisis – rising sea levels, intense storms and other extreme weather conditions. They are also in the process of launching an app that shows users what their neighborhoods and cities would look like with the worsening of the climate crisis. They are currently using pictures of wildfires, floods and other extreme disasters to improve the algorithm in order to acquire the data to create the app.

Such collection of data from previous disasters, can be used to predict and warn people in the face of any imminent calamities in the future. Martin Spano addresses this need in his Ted talk. He explains in detail how data can be collected from censors in the environment, and analyzed in order to more accurately predict extreme weather conditions and natural disasters. This not only saves lives, but also assimilates data that can be used in the field of climate informatics. This is a field that has emerged since the early 2010’s where data science is extensively used to study climate change. National Geographic magazine wrote “Climate informatics covers a range of topics: from improving prediction of extreme events such as hurricanes, paleoclimatology, like reconstructing past climate conditions using data collected from things like ice cores, climate downscaling, or using large-scale models to predict weather on a hyper-local level, and the socio-economic impacts of weather and climate.” 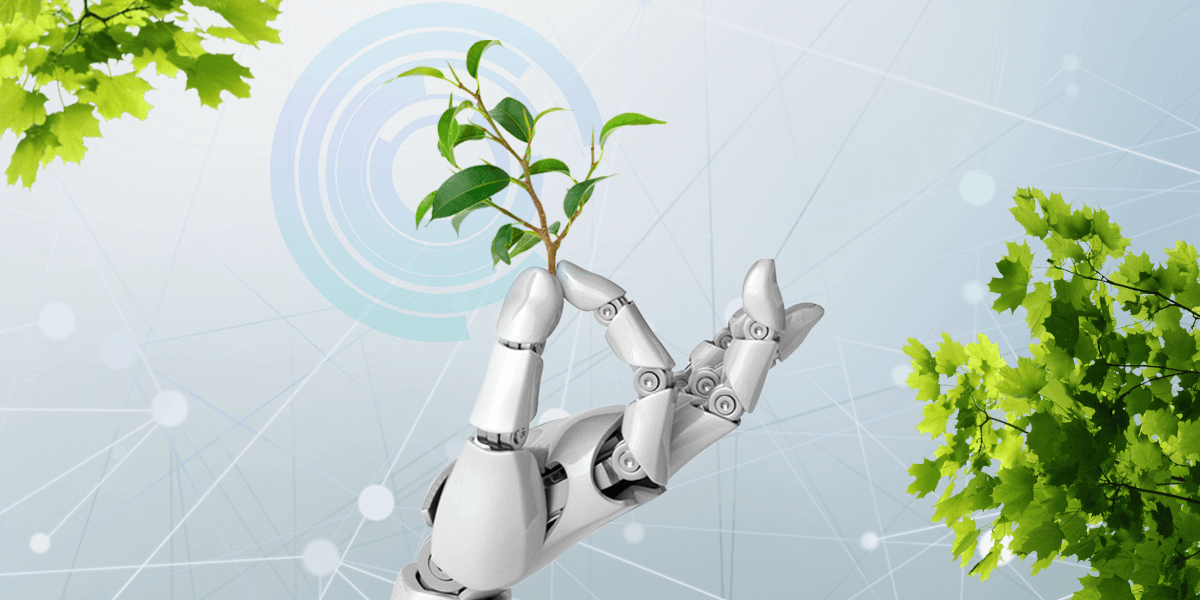 Another impressive field of study that functions at the cusp of climatic studies and data science is the field of climate modelling. The field originated in the 1960s at Princeton. One of the major issues that has been highlighted by Michael Pritchard, a climate modeler at the University of California, is that these computer models create climate models based on very blurry views of the earth as seen from the satellite. This blurring is largely because of the presence of clouds, which might or might not become a bigger problem with a worsening climate crisis. He also points out there are major disagreements between different computer models, which can mark the difference between life and death for several populations of the world. Thus, with the use of AI in these models, which Pritchard claims makes them more accurate and efficient, they have created a system called the ‘Cloud Brain’. This technology uses machine learning to observe and analyse any small details that are otherwise blurred out, to predict changes in cloud patterns, rainfall, and other environmental factors that traditional computer modelling misses out on.

The problem at hand with the informatics and modeling approach however, is the digital divide in the world. In the poorer countries of the world, there is no digital connectivity, let alone the kind of technology that can do the work of data collection. It costs a lot for poor/unstable governments to install censors. In the past few months, there have been a lot of extreme weather conditions in many parts of the world, including richer countries such as UK, USA, Japan, and Russia. However, in poorer countries like Bangladesh, Mozambique, Algeria and India, the extent of research and the scope of research based on these calamities is much lower owing to a lack of digital connectivity, which is only worsened by bad climatic conditions.

Even in richer countries such as Germany and Belgium, despite their technologically advanced systems that could predict the floods, there just was not enough administrative efficiency to act on the predictions.  As a result, about 200 lives were lost. Thus, it is important to identify that in addition to using AI in climate informatics and in weather predictions, using AI in public administration is crucial. Better mapping of communities, greenery in different localities, places that could be used as rehabilitation centers etc., need to be collected, tracked and improved by public administration bodies to be better equipped to deal with disaster predictions. AI could definitely help achieve this mapping.

One example of an efficient system that projects accurate maps, is the Indiana Green City Mapper, a project that was undertaken by researchers at the Indiana University’s department of informatics. This map specifically aims to help the native American communities in understanding their green infrastructure, and ultimately in staking their claim to equal access to healthy and fertile ecosystems. This sustainability plan uses informatics and GPS technology to make a greener, and more equitable city, whereby the plan is to make sure that “everyone gets the benefits of trees in a city”, in the words of Sarah Mincey, an associate professor at the university. Thus, accurate climatic predictions without efficient mapping systems and administrative capacities, is a pointless feat. Hannah Cloke, one of the European climate researchers who was a part of the team that was able to make accurate forecasts of the Germany floods, points out – “The assumption was that it(the early forecasting) would be helpful… We should not be seeing so many people dying from floods in 2021. It just should not be happening.”

We should also not be seeing any more trees dying in 2021. They are just as precious as human lives in terms of sustaining the planet and in mitigating the climate crisis. One of the leading caused for the loss of plant-life, and as a result habitat for wildlife, is deforestation. Every year around 15,000 square kilometers of the world’s forest land is under threat, of which a major contributor is deforestation. About 90% of tropical deforestation is a result of criminal activity, according to the magazine Futurism. A team of engineers and developers from Rainforest Connection, a non-profit based out of San Francisco, built a ‘complex system of sensors’, called the Guardian. This system of sensors uses sound detection to pick up the sounds of the forests. The sounds are then uploaded onto a cloud-based server in real time and sifted through to pick up any unusual sounds such as those of chainsaws or trucks, to identify deforestation activities in these forest lands. However, in order to truly save the forests with the use of technology such as this, there need to be laws and policies that aim to preserve the world’s rainforests too.

The use of AI to tackle the climate crisis is thus a battle in and of itself. The corporations and countries of the world, which hold immense power over the world’s natural resources, also hold power over the world’s technological resources. In order to efficiently utilize artificial intelligence to save the world, all the different actors, including local communities need to join hands. Humankind needs to act together. Science, it seems, can only go so far.